My training schedule consisted of running every morning and every other afternoon.  In the process, I had picked up a pretty good knowledge of the east side of the city.  Growing up in Brockton Bay, my parents had told me stuff like “stick to the Boardwalk”.  Even on my runs, I had scrupulously stayed on the Boardwalk and avoided the bad part of town.  Now it was Sunday night and I was in costume and breaking the rules.

I had dyed and painted the costume on Friday, bought temporary costume pieces (belt, the straps for the mask and the lenses) on Saturday and finished the most necessary details over the course of my Sunday afternoon before heading out for the evening.  The costume wasn’t complete yet, lacking the full extent of the armor paneling I had planned out, but the armor covered the most essential areas – my face, chest, spine, stomach and major joints.  The mask design featured dull yellow lenses, the only color on the black and gray costume, as well as sections of armor designed to imitate a bug’s mandibles while simultaneously protecting my jaw.  The mask left my hair free, which did leave the back of my head more vulnerable, but that was just one of the sacrifices I’d had to make to go out in an unfinished costume.

It was just after midnight, and I was crossing the line between one of the nicest parts of town and the part of town where the crack whores and gangsters lived.  The distance between the two was thinner than one might think.

The Boardwalk was where the tourists came.  Running north-to-south along the beach, there were shops that sold dresses for over a thousand dollars, cafes with ludicrously expensive coffees and stretches of wooden walkways and beaches where tourists could get a great view of the ocean.  From pretty much any point on the Docks, you could see one of Brockton Bay’s landmarks, the Protectorate Headquarters.  Besides being a marvel of architectural design with its arches and towers, the PHQ was a floating base of operations that a squadron of local superheroes called home, outfitted with a forcefield bubble and a missile defense system.  There had never been occasion for either to be used, but I had to admit, it made you feel safer.

If you headed west from the Boardwalk, away from the water, you found yourself in the area the locals just called the ‘Docks’.  When the import/export business in Brockton Bay had dried up, there had been a whole lot of people who were suddenly out of work.  The richest and most resourceful people in town had managed to make more money, turning the city’s resources towards tech and banking, but all of the people who had been employed on the ships and in the warehouses had few options left to them.  They faced leaving Brockton Bay, sticking around while scraping up what little work they could or turning to more illicit activity.

This all contributed to the boom in the local supervillain population.  The potential for big money coupled with the number of eager-to-please mooks and henchmen made it the city to be for the villains in the late 90s.  It took a few years for the hero presence to establish and organize themselves, but they did, and there was something of an equilibrium now.  As far as cape population went, Brockton Bay wasn’t in the top 5 cities in the U.S., but it was probably in the top ten.

Just moving from one block to the next, you could see the change in the area.  As I made my way into the Docks, I could see the quality of my surroundings decline steeply.  There were enough warehouses and apartments in the area for even the most destitute to find shelter, so the only people on the streets were unconscious drunks, whores and gang members.  I steered clear of any and all people I saw and ventured further into the area.

As I walked, I was using my powers to draw a swarm together, but kept them out of the way, moving just over the nearby rooftops and through the interior of buildings.  Anyone paying attention to the local cockroach population might think something was up, but there weren’t many lights on.  I doubted most of the buildings here even had power.

The lack of lights in the area was what made me stop and draw myself against the side of a building when I saw a spot of orange in the dark street ahead.  The orange was the flame of a lighter, and I was able to make out several faces around it.  They were Asian, some wearing hoodies, others wearing headbands or long sleeved shirts, but all wore the same colors.  Red and green.

I knew who these guys were.  They were members from the local gang that left the tags ‘Azn Bad Boys’, ABB for short, all over the East end of the city.  More than a few went to my school.  As far as the criminal element in Brockton Bay went, they weren’t small potatoes.  While the typical gang members were just Koreans, Japanese, Vietnamese and Chinese forcibly recruited from Brockton Bay’s high schools and lower class neighborhoods, the gang was led by a couple of people with powers.  Gangs didn’t tend to be that racially inclusive as far as who joined, so it said something that their leader had the ability to draw in members from so many different nationalities and keep them in line.

The street was unlit, so my ability to see was dependent on the moon and the few indoor lights that were still on and shining out onto the sidewalks. I started actively looking for their boss.  There were more gang members coming out of a two-story building, and they were gathering in the street.  They didn’t have the atmosphere of people who were just hanging out, either.  They were expressionless or scowling, and they weren’t talking.

I spotted their boss as the gang pulled away from the door of the building to give him room.  I only knew about this guy from what I had heard on the news and read online, but I recognized him immediately.  He was a big guy, but not so big that he would send people running when he walked down the street, like some people with powers were.  He was a little over six feet, though, which put him head and shoulders above most of the gang members.  He had an ornate metal mask over his face, and wasn’t wearing a shirt, despite the chill.  Sprawling tattoos covered his body from the neck down, all depicting dragons from Eastern mythology.

He went by ‘Lung’, had successfully gone toe to toe with whole teams of heroes and had managed to keep himself out of jail, as evidenced by his presence here.  As for his powers, I only knew what I could scrounge up online, and there were no guarantees there.  I mean, for all I knew, he could have misled people about what his powers did, he could have a power he was keeping up his sleeve for an emergency, or he could even have a very subtle power that people couldn’t see at work.

The information online and in the papers had told me this: Lung could gradually transform.  Maybe it was based on adrenaline, his emotional state, or something, but whatever it was, it made his powers more potent the longer he was in a fight.  He healed at a superhuman rate, got stronger, got tougher, got bigger, and he grew armor plating complete with blades at each fingertip.  Rumor had it that he even grew wings if he fought long enough.  If that wasn’t enough, he was a pyrokinetic, which meant he could create flame out of thin air, shape it, intensify it, and so on.  That power apparently got stronger as he transformed, too.  As far as I knew, there wasn’t an upper limit to how strong he could get.  He only started returning to normal when there was nobody left to fight.

Lung wasn’t the only one with powers in the ABB.  He had a flunky, a scary sociopath called Oni Lee, who could teleport or create doubles of himself – I wasn’t a hundred percent sure on the details – but Oni Lee had a distinctive look, and I didn’t see him in the crowd.  If there was anyone else with powers that I needed to watch out for, I hadn’t seen or heard anything about them in my research.

Lung began talking in a deep, commanding voice.  I couldn’t make out the words, but it sounded like he was giving instructions.  As I watched, one of the gang members drew a butterfly knife from his pocket, and another of them put his hand on his waistband.  Between the gloom and the fact that I was standing half a block away, I couldn’t see well, but a dark shape stood out against his green t-shirt.  Chances were it was a gun handle.  My pulse sped up a bit as I saw the gun, which was silly.  Lung was more dangerous than fifty people with guns.

I decided to move away from where I was and find a better vantage point to monitor their conversation, which seemed like a good compromise between my curiosity and my self preservation.  I slowly backed away from where I was, glancing over my shoulder to make sure nobody was watching, and then circled around the rear of the building I was lurking beside.

My investigation paid off.  Halfway down the alley, I saw a fire escape that was leading up the back of the building that Lung and his gang were standing in front of.  The feet of my costume had soft soles, so I was nearly silent as I ascended.

The roof was covered in gravel and cigarette butts, which made me think I wouldn’t be nearly so quiet walking over it.  Instead, I walked on the raised outside lip of the roof.  As I neared the part of the roof directly above Lung and his gang of ‘Azn Bad Boys’, I crouched and crawled forward on my stomach.  It was dark enough that I doubted they would see me if I jumped up and down and waved my arms, but there was no reason to be stupid.

Being at the top of a two story building when they were on the ground floor made it hard to hear them.  Lung had a strong accent, as well, which meant I had to wait until he had spoken a few sentences before I could figure out what he was saying.  It helped that his mooks were utterly, respectfully silent as he spoke.

Lung was snarling, “…the children, just shoot.  Doesn’t matter your aim, just shoot.  You see one lying on the ground?  Shoot the little bitch twice more to be sure.  We give them no chances to be clever or lucky, understand?”

There was a murmur of assent.

Someone else lit up a cigarette, and then leaned over to light a cigarette for the guy next to him.  In those moments that his hand wasn’t cupped around the flame, I could see the gathered faces of just a dozen or so of the gangsters gathered around Lung.  In hands, waistbands and holsters, I could see the dark metal of guns reflecting the orange flame.  If I had to hazard a guess, all of them had weapons.

They were going to kill kids? 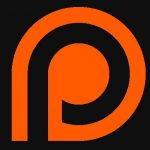